Man, Halloween has been fun this year! 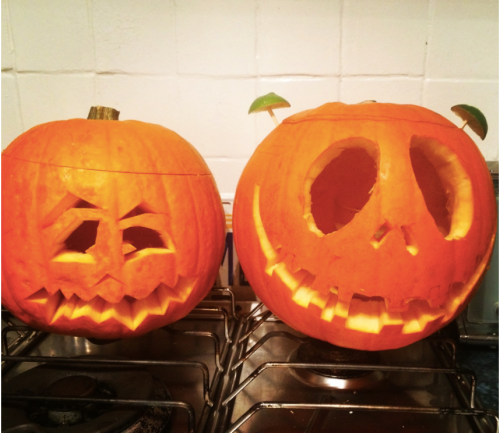 I dressed up as a cat to collect the Wee Man from school today. He shit himself, ran away and hid in a cupboard. Clearly I was more excited than he was.

His friend at school has an army major for a dad and the Wee Man thinks this is the coolest thing in the world. The major, having one daughter, has formed a lovely relationship with him and gave him an old army shirt and hat. The Wee Man has the salute down and marched around the neighbourhood showing off for sweets, while his little brother sang a sort of Baa Baa Black Sheep in his skeleton costume.

We were home for 6 and waited for the guisers, a ‘Welcome to the Haunted House’ mat at the foot of the stairs and our Shrek and crazy pumpkins on the steps.

If ever we needed reminding we live in Edinburgh now, tonight we got the message.

Highlights included jokes in French, a stunning verse and chorus from Phantom of the Opera complete with falsetto, the response “Well, I’ll take the Aston Martin,” when I said we’d run out of sweets and, my personal favourite, a gorgeous impromptu rendition of Twinkle Twinkle Little Star by 12 ten year olds when the two year old forgot the words. In harmony.

So even though I’ve run out of sweets, crisps, packets of jelly, rice cakes and every pound coin in my wallet, I have been thoroughly entertained and made to feel even more at home here in the capital. 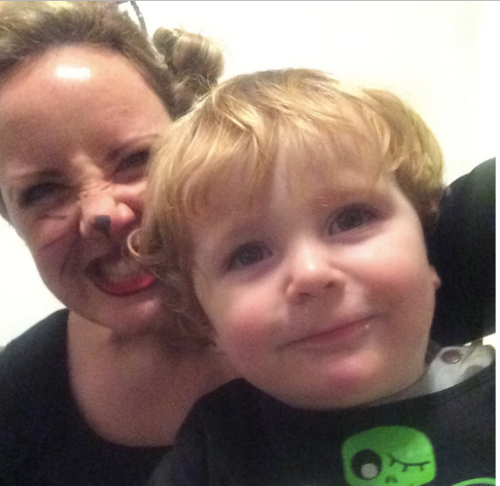