They grow up so fast…

Until recently I could have happily throttled anyone who dared say that cliche to my face.

The wee man turned four last month and I was like “Only four? Shouldn’t he be about 12 by now?”

Six month old KD, on the other hand, has been quietly morphing into a giant in the background. He’s bursting out of his 9-12 month clothes, he’s rolling so far and fast that I’ve sold the cot top changer and he no longer fits into the beautiful pram. I picked up a brand new City Mini today and was Christmas-Day-excited –  until I realised he’d be facing the other way. Why did this break my heart? I mean, I didn’t even cry on his first day at nursery. 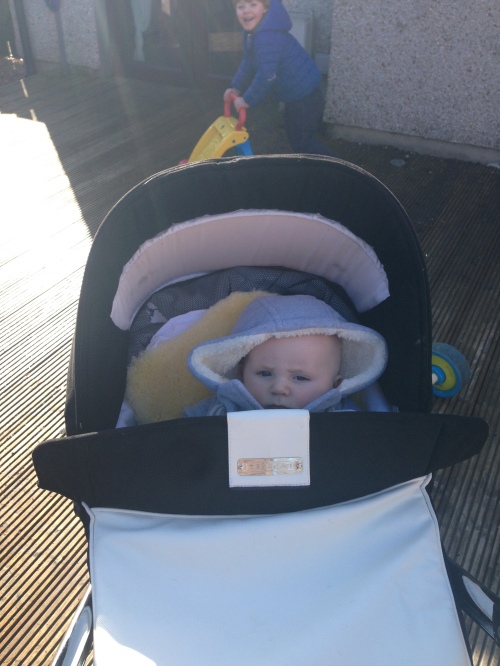 Maybe it’s finally dawning on me that this isn’t actually forever, no matter how much like Groundhog Day it can sometimes feel. These days in sole charge of my two boys may be draining, but they’re also enriching. With every minute that passes they are learning and growing. Every small battle actually moulds them into future adults, so that one day they can fly the nest and make their own mark on the world. It’s the most intensive learning experience there is – like getting a law degree inside a month. 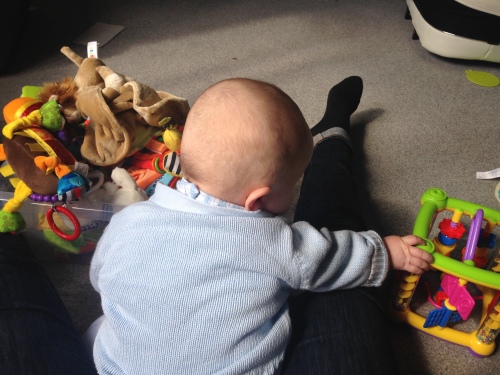 I had never understood friends who wailed “but one day they’ll grow up and leave me!” I mean, do you want them to live with you forever? Because that’s a thing now. I certainly wouldn’t want two stinky boys hanging around my house too late into their twenties. But who knows? That’s a long way away. Right now I struggle to think past tomorrow, and I only do that because I need to be a few steps ahead with clean trousers for the mud-loving big one and clean bottles for the milk-guzzling small one.

We’re also pretty sure we’re stopping at two. The joy of donating, selling or simply chucking out things as KD expands has started to become kind of poignant. I am literally binning a huge part of my life. Time has become tangible. I’m finding this odd as I’m always moaning about time – either not having enough of it to accomplish my endless list of tasks, or having far too much of it as a rainy afternoon with two crabbit children gapes in front of me. 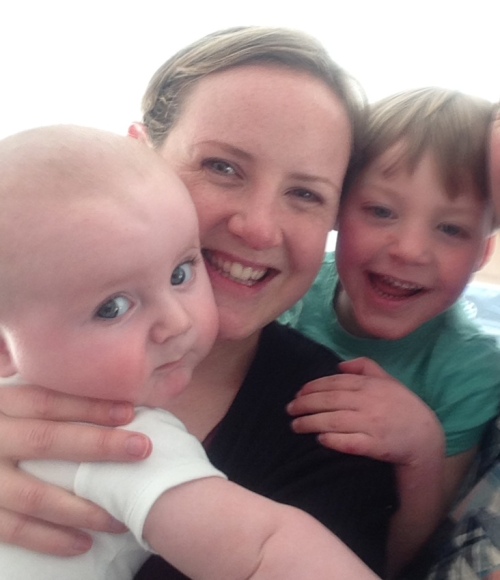 The one thing I can say with confidence is I’m getting better at it. I’m getting pretty good at pre-empting dangerous situations. I am stricter about discipline with the big one and routine with the small one as it’s the only way to have any kind of control. I’m coping pretty well with the sleep deprivation. I’m less precious about the soft furnishings. I’m less guilty about the time the wee man spends in nursery. I hope I’m more chilled out with Rod – though he may disagree.

I suppose the boys aren’t the only ones growing and learning. I am definitely more compassionate and more patient. I judge people less – in fact – I don’t judge people at all. I take every chance to say “God, I’ve been there, do you need a hand?” I wave at my elderly neighbours and chat to that annoying woman with the dog because these things take a few minutes but make a difference. They make me feel good.

I’m also aware how lucky I am. I may spend a lot of my day repeating myself, cleaning up poo, cooking while singing while confiscating knives while sterilising bottles while rocking the bouncer chair with my foot while not tripping on the toy cars, lifting, tidying, washing and repeating myself – but I have two beautiful boys who make my heart burst when they kiss and cuddle me. Ahhhh, they grow up so fast. 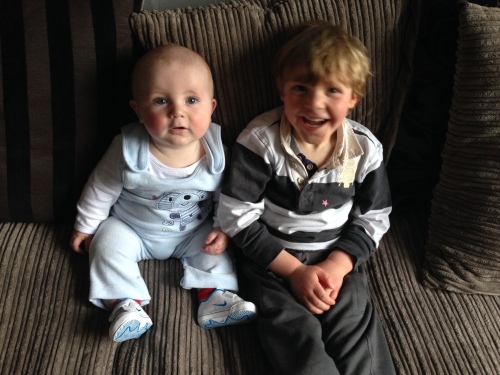 Tagged as growing up, motherhood, time